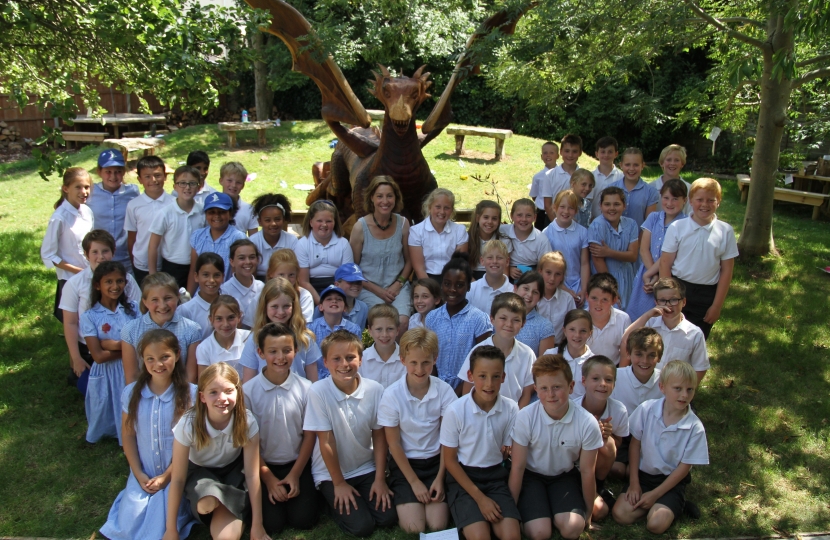 I am proud that we are delivering on the manifesto commitment to end the historic postcode lottery that created huge differences in funding between similar schools in different parts of the country. I am encouraged by the £1.3 billion boost for core school funding, meaning school funding will rise from almost £41 billion this year to £42.4 billion in 2018/19 and £43.5 billion by 2019/20. This comes as we transition to a national funding formula, and I welcome the fact that the new formula will maintain overall per pupil funding in real terms for the next two years.

The current school funding arrangements are unfair and outdated. They are based on an historic and opaque postcode lottery that is so inconsistent that it can put similar children in similar schools at an unfair education disadvantage. These historic reforms to the funding system will balance fairness and stability for schools. It will also build on the rising school standards delivered since 2010.

The new national funding formula will increase the basic amount allocated for every pupil and will allocate a minimum per pupil funding level for both secondary and primary schools to target the lowest funded schools. It will provide a minimum cash increase for every school of 1 per cent per pupil by 2019-20, with the most underfunded schools seeing rises of 3 per cent per pupil in 2018-19 and 2019-20. I am also encouraged that every school will receive a lump sum of £110,000 to help with fixed costs.

Small rural schools play a crucial role in local communities and reduce travel times for many children. I welcome the fact that under the national funding formula, rural schools will gain on average 3.9 per cent, with those schools in the most remote locations gaining 5.0 per cent.

As a result of this funding boost, school funding will be some £2.6 billion higher in 2019-20 compared to 2017-18. Crucially, this funding has been found from within the Department for Education's budget rather than through increased taxes and more debt. I know this has required some difficult decisions but rest assured that this reflects the continued belief that funding is most valuable in the hands of head teachers.

Rebecca Pow has welcomed the Chancellor’s commitment to introduce fair school funding as part of today’s Comprehensive Spending Review. A new funding formula will set a national rate that every school will receive for each pupil, with additional funding for those with extra needs.

This week Rebecca Pow MP met with representatives of local schools in Taunton Deane to discuss the issue of fair funding for schools and to launch a petition that calls on the Government to consider a new approach to school funding.