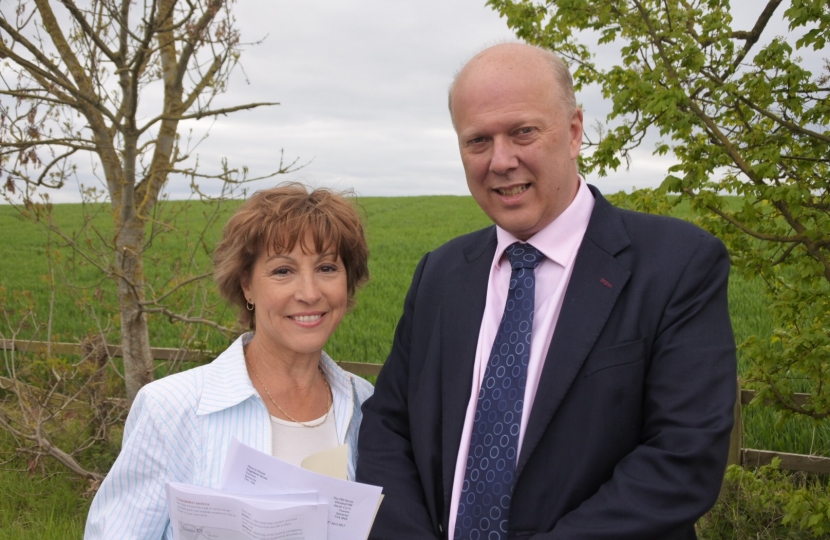 Since my election, and indeed prior to being elected in 2015 I have been pushing for improvements to our Transport Infrastructure across Taunton Deane.

The £4.6m Taunton Rail station transformation is underway and this project is vital to not only the residents of Taunton Deane, but also to any future growth that we hope to attract. Since becoming the Member of Parliament, and indeed, before being elected in 2015, I have met with various Transport Ministers to discuss the importance of good transport infrastructure in Taunton Deane.

Wellington Station is another key focus for me, and although there are some complexities with the proposals I am hopeful that a new metro style station can be built. Some preliminary discussions have taken place and I will be sure to consult and update residents with any future developments.

Securing the funding for the upgrade of the A358 and J25 of the M5 has been a top priority for me since my election, I am well aware of the misery that the long queues and congestion in these areas brings to the local community. During my first year in Parliament I spoke continuously on the need for these developments and brought the Minister to see the situation for himself.

One of my main focuses both in Westminster and the constituency recently has been calling for a re-consultation on the proposed upgrade of the A358 and I am delighted that my numerous meetings with the Secretary of State for Transport and calls to Highways England Ltd have borne fruit, with a new consultation launched at the beginning of 2018.

This strategic road upgrade needs to deliver not just nationally in terms of speeding up traffic travelling east – west it needs to help improve links to Taunton and the proposed new Nexus business site at junction 25 on the M5, both of which will contribute towards increasing productivity in the area. The Nexus site offers the potential for much needed high quality jobs for those living in both Taunton and Wellington.

I pushed Highways England for some certainty on when work would actually begin on the A358 upgrade as we were promised spades in the ground by 2020. Tom Corbett, Public Affairs Manager responded in writing saying: ‘We intend to build the scheme as close to the original start date as possible, and are looking at possible preparatory works, potentially commencing in 2020, with the main construction following soon afterwards assuming the scheme has successfully received planning permission.’

Transport infrastructure in the area has been left wanting for too long but I am delighted this is changing with large sums of government funding committed to improvements.