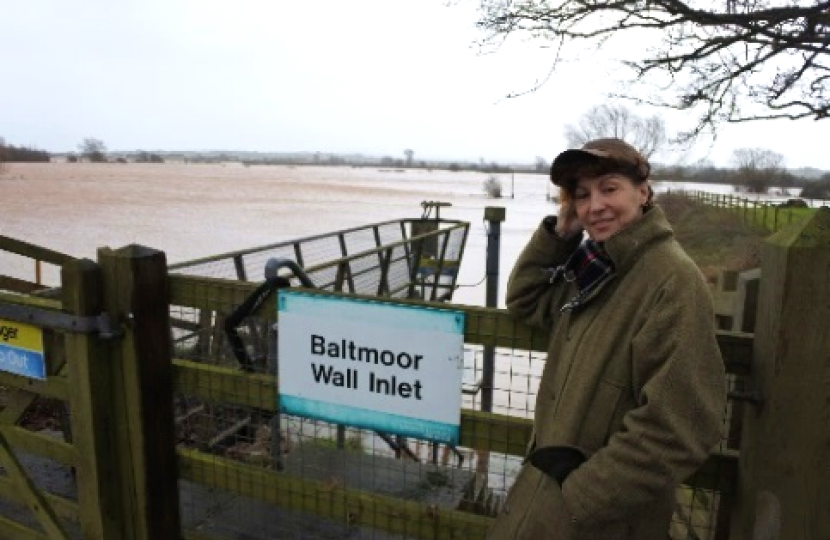 Taunton Deane MP, Rebecca Pow is fighting for a scheme to prevent future flooding on the Somerset Levels.

Ms Pow had worked with Government and in particular fellow Somerset MP, David Warburton to bring into law the Rivers Authorities and Land Drainage Bill. It would have granted local authorities, like the Somerset Rivers Authority, powers to raise their own precept to contribute towards flood alleviation work and land management schemes that would ensure devastating flooding on the Somerset Levels becomes a thing of the past. However, the legislation was scuppered during its passage through the House of Lords by two Liberal Democrat Peers who made it impossible for it to proceed.

‘This is deeply frustrating’ says Ms Pow, ‘as it had passed through the House of Commons with cross-party support and it was something we desperately needed. However, I shall now be working to try and include the concepts of the proposed legislation in the upcoming Environment Bill. It is essential that our precious Somerset Levels, an internationally famous wetland site as well as an important summer grazing area for farmers, a tourist attraction and home to multiple businesses is not destroyed by flooding again. With frequent, serious weather incidents more likely due to climate change it is imperative a properly funded system is put in place to reduce the likelihood of flooding and I shall be working to get a scheme operating through the Environment Bill. It is also crucial that petty party politics cannot again interfere in a system that would have been so universally beneficial to the people of Somerset.’