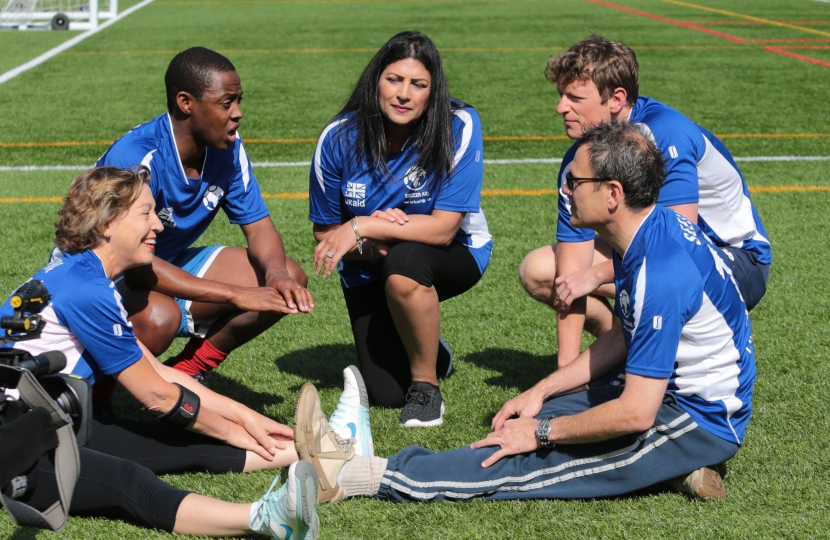 This cross-party group took part in a game like no other in order to find the first ever Parliamentary Soccer Aid champions, all whilst raising awareness of the work of Unicef.

Rebecca said, “It was great to take part in this week’s Parliamentary Soccer Aid, helping raise awareness of the vital work of Unicef and this year’s Aid Match.

“Unicef does such vital work providing life-saving food, vaccines, clean water and protection from violence to millions of children around the world and together we can support them to do even more.”

100% of all public donations to Soccer Aid for Unicef will be doubled by the UK Government, up to a total of £5 million, and will go towards supporting the vital work protecting children around the world. This is only made possible by the generous donations of the British public, who have previously raised more than £24 million for Soccer Aid for Unicef since the first match in 2006.