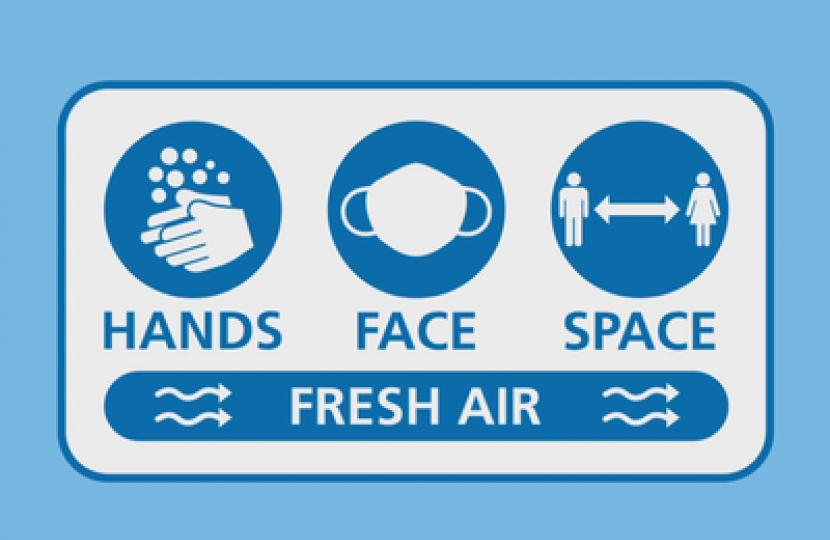 Really positive news this week that thanks to the extraordinary efforts of people across the country and our recording-breaking vaccination programme, the cautious move to Step 3 easing of restrictions on 17 May will be underway. So, from Monday most of the indoor and outdoor economy can re-open following the rule of six or two households and at the same time updated guidance relating to close contact between friends and family, including hugging will, be released with an emphasis on people exercising their own personal judgement in line with the risks.

This week has seen the new term of Parliament begin with the somewhat toned-down State opening but with the Queen’s speech taking pride of place as ever. At the heart of this new Parliament is the government’s determination to build back better, unite and level up the country, support jobs and businesses and work towards net zero greenhouse gas emissions by 2050, the kind of positive agenda that will enable us to recover from the pandemic.

Commitment to our green agenda continues unabashed, with the Environment Bill progressing through Parliament and a raft of animal welfare policies in the pipeline; and last week, in my capacity as Environment Minister I announced that the carrier bag charge (which has seen a 95% cut in plastic bag sales in supermarkets since 2015) will be increased from 5p to 10p and extended to all businesses in England from 21 May. The average person in England now buys just four single-use carrier bags a year from the main supermarkets, compared with 140 in 2014 and by extending the charge to all shops, the use of single-use carrier bags is expected to further reduce dramatically.

And still on the waste front, Government have also announced a consultation on developing more consistent doorstep recycling collections. By aligning the systems used by all local Authorities the aim is to increase the amount of waste that can be successfully recycled to hit our targets of 65% of municipal waste being recycled by 2035 and eliminating all avoidable waste by 2050. Ultimately moving us to a circular economy where repair, reuse and recycle are embedded is the aim.