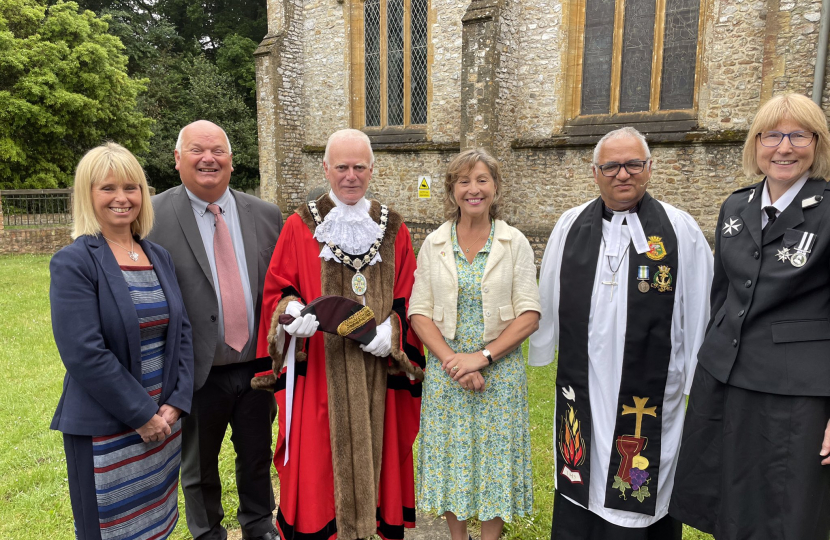 I am sure many readers, like me, felt that they were witnessing a once in a lifetime historic event as we celebrated the Queen’s Platinum Jubilee, whether it was on television, attending local events such those in my own village or indeed heading for London. There was an overwhelmingly positive coming together of people in recognition of HM’s life of service and steadfast dedication to the nation which is an inspiration.

The Platinum Jubilee was also a celebration of so many others who serve in a multitude of ways, particularly volunteers, helping to make society function and communities tick. Thank you to you all. This was very much the theme of the uplifting Platinum Jubilee thanksgiving Service at St John’s Church in Wellington, bringing the local community and which I was honoured to take part in.

Another event which received tremendous support last week was the Royal Bath & West Show, a glorious showcase of rural and agricultural life that is so much a part of the area. I was pleased to engage with the farming industry to discuss the new regime of environmental schemes that are replacing the Basic Payments, the first tranche of which open shortly. Payments will be offered for delivering services such as healthy soils and pollinator strips which will facilitate sustainable food production ensuring security of supply as well as increased nature.

Finally, it’s been a significant week in Parliament too with the vote of confidence in the Prime Minister. Having achieved a majority vote, it’s important now to pull together as a team and get on with continuing to deliver for the country with sharpened focus on strengthening the economy supported by the comprehensive training and skills agenda already in train to deliver more and better paid jobs. I continue to support the Government in fulfilling these ambitions. Supporting those facing challenging cost of living pressures is of course important as well as work to drive forward the environmental and renewable energy sector that are critical to our sustainable future. And locally I continue to work to deliver projects that will benefit our economy here including the A358 upgrade, the hospital upgrade and a rail station for Wellington where Government support is critical.

Plans to drive innovation and harness pioneering technology in farming will be set out today as part of the Government’s Food Strategy which will back our farmers by helping to increase domestic production, spread jobs and grow the economy.