£11.9million of new funding for cheaper and better bus services across Somerset 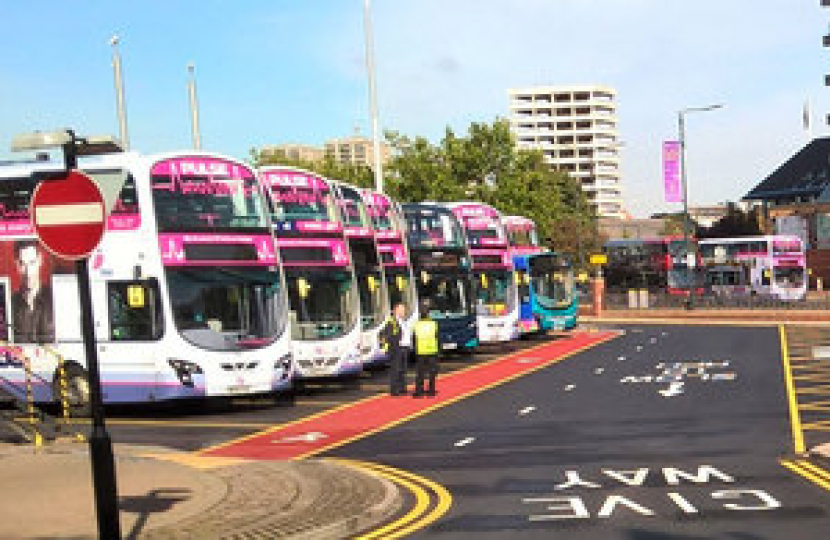 This funding is part of a £7 billion package from the Conservative Government, made up of £1.2 billion of funding for areas who will prioritise improving their bus services for local residents; £5.7 billion of transport funding to England’s eight city regions; and £38 million for light rail operators across the Midlands and North.

Including earlier awards, just under two thirds of England's population outside London will benefit from new investment to make their buses more frequent, more reliable, easier to understand and use, cheaper, or greener. Improvements will also include integrated ticketing and more bus lanes to speed up journeys.

In the meantime, a further £150 million is being provided across England to maintain service levels as patronage continues to recover after the pandemic.

The announcement of this transformational funding comes on top of the confirmation that £5.7 billion will be delivered across England’s eight city regions through the City Regional Transport Settlements – giving mayors and their communities long-term certainty to deliver transformational improvements to local transport networks including upgrades to local tram, bus, cycling & walking and rail networks.

“Bus networks form the spine of local transport networks – but for decades too many communities have been let down by poor bus infrastructure.

“That is why I am delighted Somerset is receiving £11.9 million of new funding to boost our bus services – transforming our local transport network to deliver cheaper, more reliable and more frequent services for passengers.

“While I welcome this funding there is more to do to ensure that passengers across Taunton Deane and Somerset more widely get a better deal, with local transport network they can truly rely on.”

“Buses are the most popular way of getting around in this country – but for too long people outside of London have had a raw deal.

“The investment we’re making today to ramp up the bus revolution will drive down fares at a time when people’s finances are tight and help connect communities across England.”