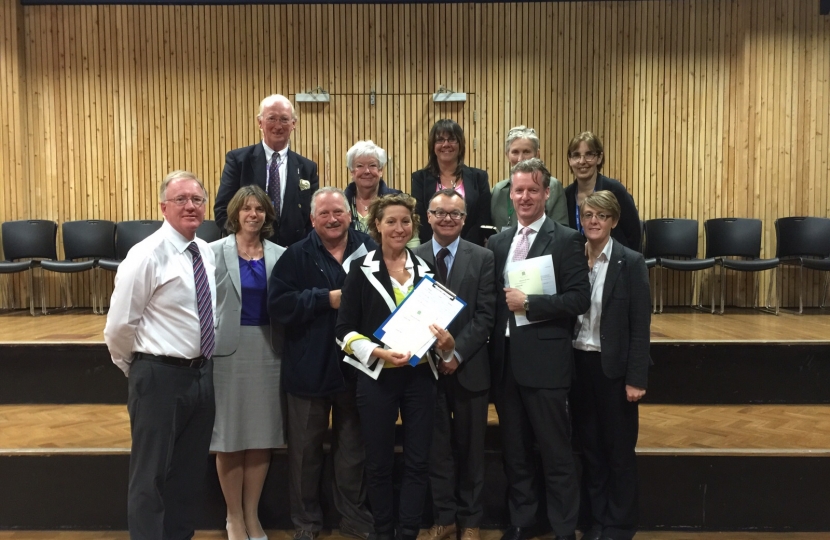 This week Rebecca Pow MP met with representatives of local schools in Taunton Deane to discuss the issue of fair funding for schools and to launch a petition that calls on the Government to consider a new approach to school funding.

There is widespread recognition that the current system is unfair and out of date. The Government has pledged to correct this historical injustice and made guarantees within its General Election manifesto that a fairer system would be introduced. Rebecca is keen to see this implemented as soon as possible and is asking the people of Taunton Deane to help push the campaign forward by presenting a petition to the House of Commons after the conference recess.

Research has shown that the ten best funded areas on average receive grants of £6,300 per pupil this year, compared with an average of just £4,200 per pupil in the ten most poorly funded areas. Schools in Somerset currently only receive £4,343.44 per pupil.  The inconsistencies in funding for individual schools with similar characteristics across the country are far too great. Children with the same needs can receive very different levels of financial support depending on where they go to school.

Rebecca understands the strength of feeling about this issue throughout Taunton Deane and arranged a meeting with head teachers and Governors to discuss how this was impacting upon schools.

Sarah Watson Head teacher of the Castle School in the heart of Taunton said:

‘For years we have been battling to secure a fairer system of funding schools and I am pleased that the issue is now receiving the attention it deserves. The parents of Taunton want a fair deal for their children, based on need rather than where they happen to live.  I hope as many local people as possible will sign the petition so that our voice can be heard loud and clear’

‘I was delighted to meet with representatives from schools across my constituency and listen to their views on this matter, I already have a meeting planned with Ministers to feedback concerns. The teachers, staff and governors of schools across Somerset do a fantastic job with limited resources and I can only imagine what they would be able to achieve if they were to receive more funding. It is absolutely right that I do everything I can to help secure this for them and I am pleased that we are able to work together, present petition to parliament and bring this issue to the forefront of the Governments agenda.’

I am proud that we are delivering on the manifesto commitment to end the historic postcode lottery that created huge differences in funding between similar schools in different parts of the country.