The UK must keep strict environmental regulation in place once we leave the EU – and Brexit must not become an excuse for chucking it all out! 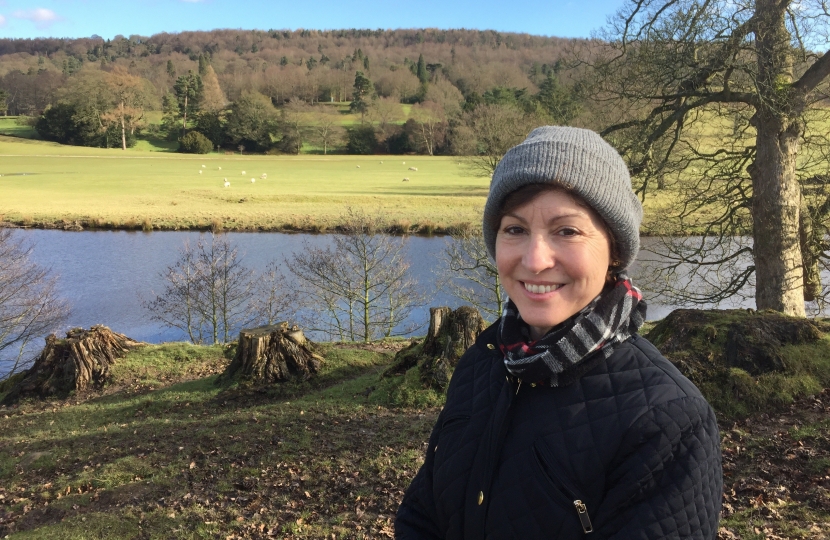 The UK must keep strict environmental regulation in place once we leave the EU – and Brexit must not become an excuse for chucking it all out!

I am convinced that the framework of European legislation relating to the environment (much of which the UK was instrumental in formulating) has served us well. It has dealt with everything from beach standards to clean drinking water, air pollution, pesticides and waste water.  And as our population continues to grow putting increasing demand on our precious land and natural resources it will be more important than ever  not to jeopardise the very environment on  which we rely for vital  services, from water, to air, healthy soils, recreational space and much more.  A healthy, sustainable environment is also a crucial factor in enabling the drive towards increased productivity in a growing economy.

The framework of EU Environmental legislation has made a positive impact in the UK in many areas. Notably it made us clean up our water. Back in the 80’s and 90’s during my days as an HTV Environment correspondent I recall reporting on the dumping of raw sewage into our coastal waters resulting is just 16 beaches being classed as clean. Thanks to the EU Bathing and Water Directive we now boast 632 clean beaches. Unpolluted beaches bring direct economic benefit to areas like the South West, where coastal holidaying is a major plank of the £9.4 billion tourist economy.

EU directives have also made us address  recycling, upping  rates from a paltry 7% in 1995 to almost 40% by 2011. And EU air pollution standards have rigorously improved the air that we breathe, solving acid rain (by forced reduction of sulphur emissions), and reducing nitrogen oxides and small particulate matter. There is still a long way to go regarding air pollution, with 50,000 people dying from air pollution related illnesses each year and adopting comprehensive air pollution legislation is vital as we exit the EU.

The European Habitats and Birds Directive with its Natura 2000, European Union-wide network of nature conservation sites plays a dynamic role in ensuring the biodiversity and protection of huge tracks of land in the UK. The mudflats and unique reefs of the Severn Estuary, for example, get beneficial protection as a Special Conservation Area under this legislation. And the thousands of rare and migrating birds coming to the estuary every winter benefit from its designation as a Special Protection Area. There is concern that without the type of checks which have protected such areas they will be vulnerable to the many demands facing the estuary ranging from energy production, port development and shipping. In my own constituency in Somerset large tracts of countryside habitat have special designations to protect them and farmers have maintained these habitats through agri-environment schemes, supported by EU payments. Without a similar system much biodiverse habitat could be lost

European legislation has also helped to bring cod and haddock stocks back from the brink and contributed to the establishment of marine protected areas.  European protected marine areas are generally considered to offer much higher levels of protection than marine protected areas created by the Government under domestic legislation and as well as protecting the general habitat they have a positive impact on the sustainability of fisheries.

Clearly, there is a general case for adopting the framework of EU Environmental protection legislation as it stands under the Great Repeal Bill. With over 1000 environmental laws to be converted into national legislation this is no small matter. The lions share of EU law (45%) falls within the DEFFRA remit, comprising 80% of its regulations.  Enforcement mechanisms must also be put in place.

Whilst I’ve stressed that  much of this regulation has worked well there are areas of opportunity to tailor legislation to better suit  the UK’s unique environment. In particular agri-environment schemes could deliver better outcomes and with less arduous compliance stipulations.  Farm Minister, George Eustace has suggested that a more holistic, catchment wide management system approach to soil and water management might be adopted (recommended by the DEFRA Flood Resilience inquiry on which I sat) And a shift to supporting farmers for delivering diverse public goods which represent better value for money for the UK  tax payer may be appropriate.

Addressing this whole area will be complex and the type of relationship we ultimately forge with our European neighbours will influence legislative decisions.  For access to certain markets, for example, it will be necessary to adhere to particular environmental laws, such as the Water Framework Directive. And as a signatory to a number of international agreements the UK will still need to meet certain standards.

Outside the EU, however,  the UK is not bound to continue with the Nature Directives, including the Habitats Directive and the Birds Directive, but if we are to set a comprehensive long term vision for the environment (and this government has, laudably,  committed to leaving the environment in a better state than we inherited it,)  then to drop key protections such as these  with their in-built mitigation measures, (and compensation measures if needed)  could be damaging to the environment as would relaxing water quality and waste standards, not to mention reducing our  climate change commitments.

There is a groundswell of the UK population who want, as I do, to see the environment  protected and enhanced for future generations.  This was clearly highlighted in a recent Bright Blue survey, where the environment was a top priority for younger voters.  In terms of policy, protection and regulation for the environment should not be seen as detrimental to a prosperous economy but very much part of creating a sustainable circular economy that will stand us in good stead for a healthy future both economically and socially, marking us out as global leaders in this field.