We need a common sense approach to farming regulation 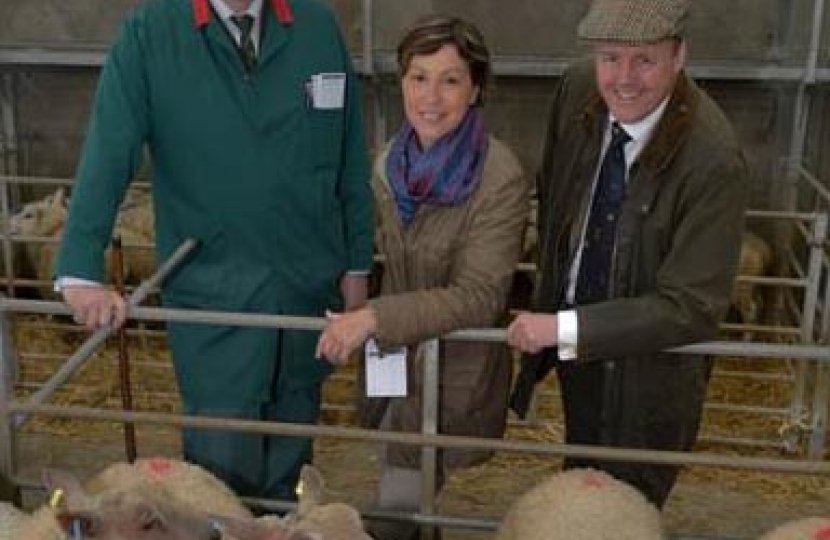 The auction centre draws on livestock from right across the South West and Wales with buyers coming from the whole of the south of England.  It is a huge agricultural trading centre and as such very important to the region and county of Somerset. The purpose of the visit was to try and understand the concerns and pressures being experienced by the agricultural sector.

“It was good to meet with Ashley and discuss the problems that the sector faces,” commented Managing Partner, Robert Venner.

“One issue that we discussed was the six day rule, whereby if an animal is bought and taken to a farm then all animals are prevented from moving from that farm for 6 days. The purpose of the rule is to stop the spread of diseases like foot and mouth. When this disease first appeared in 2001 this kind of proposal made some sense, but now with improvements in traceability, ear tagging and record keeping it is unnecessary. At the first report of an outbreak the entire sector would get locked down and every possible contact would be traced quickly and effectively. It’s like walking around with your leg in plaster waiting for it to break.”

“Our farmers do a tremendous amount of work producing food and caring for the countryside. Of course we need a properly regulated agricultural sector, but we also need to make sure that those rules are fit for purpose,” added Prospective Conservative MP for the Taunton Deane constituency, Rebecca Pow. “This kind of rule is just one example where we have rules hanging on long after they are needed.”

“Over the last few months the agricultural sector here in Somerset has been under severe pressure thanks to the weather,” added Ashley Fox MEP. “By visiting the market I was able to learn more about how it works and the general health of the agricultural economy. It is essential that politicians of whatever level of Government understand farming and the need for farmers to focus on food rather than forms.”