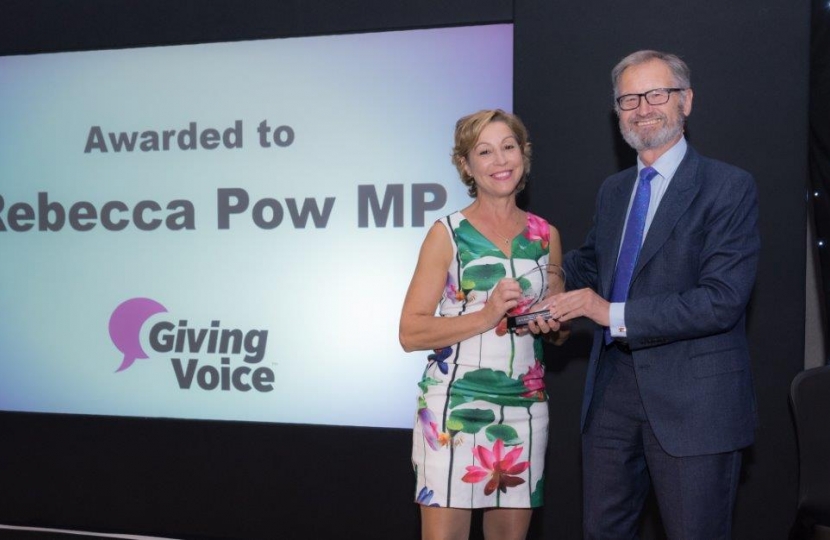 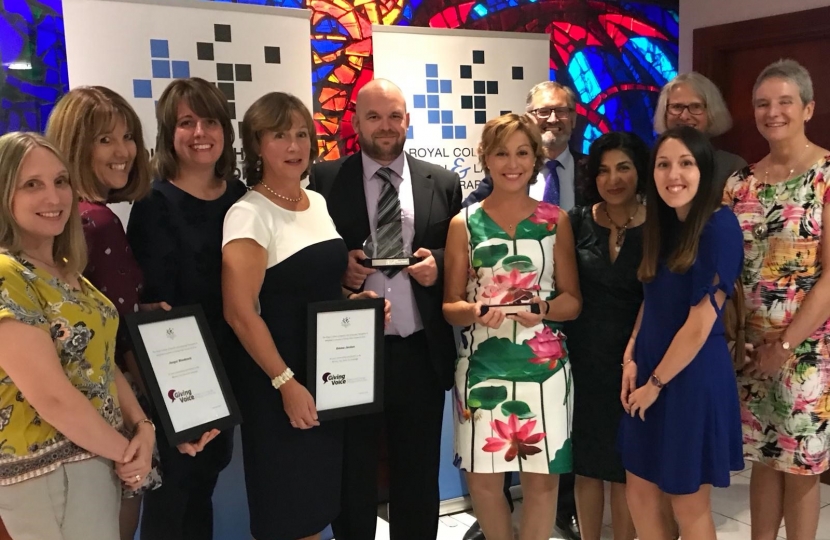 The annual Royal College of Speech and Language Therapists’ (RCSLT) Giving Voice Awards are given in celebration of outstanding individuals who have gone above and beyond the call of duty in supporting those who have communication and/or swallowing needs.

I received my award for raising the profile of the report and securing on the record pledges from the Government. I was the first MP to highlight the report in Parliament and since then have tabled a series of written questions on its recommendations. In July, I led a powerful Westminster Hall debate on support for children with speech, language and communication needs. The debate was supported by MPs from around the House and concluded with a speech from Nadhim Zahawi MP, the Parliamentary under Secretary of State for Children and Families, which set out what the Government is doing to improve support for children with communication needs and their families.

Kamini Gadhok MBE, Chief Executive of the Royal College of Speech and Language Therapists, said: ‘We were delighted to award Rebecca a Giving Voice Award, one of our foremost Bercow: Ten Years On parliamentary champions. The judges were impressed with her continuing personal commitment to promoting the report and the impact she has had. We are very grateful for Rebecca’s support and look forward to continuing to work with her on these crucially important issues.’

I am humbled and proud to receive an award from the Royal College of Speech and Language therapists for work in Parliament on this area of work in the wake of the latest Bercow Report. Communication is so important to get right from and early age. Two thirds of young people in prisons, excluded from school and unemployed have communication issues which shows how crucial it is to tackle this.