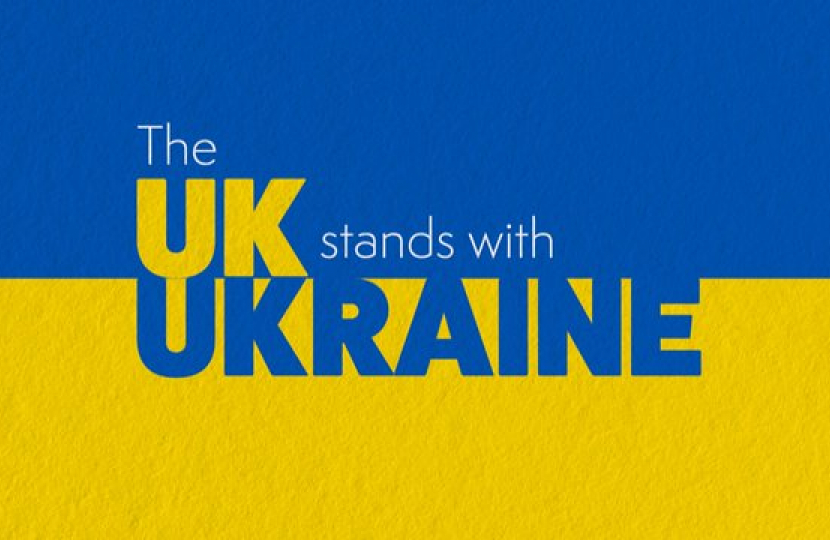 Vladimir Putin, enabled by Belarus, has unleashed a full-scale invasion of Ukraine by land, sea and air. This is a premeditated and unprovoked attack, barbaric in execution, on a sovereign democratic state. I stand with the Ukrainian people and their President, whose defiance, courage and patriotism in the face of foreign aggression is inspiring.

In lockstep with allies around the world, the UK has:

To be clear, these internationally coordinated measures collectively amount to the biggest, most devastating package of sanctions imposed against a single country in history.

Sanctions imposed by the UK and its international partners are having damaging consequences for Putin’s ability to wage war. Analysis shows Russia is heading for the deepest recession since the collapse of the Soviet Union, as estimates for its GDP growth in 2022 now range from -8.5 to -15 per cent. In the longer term, expert predictions suggest a continuing economic hit, with GDP growth depressed as the country is cut off from Western technology and services.

I welcome that the UK has, for many years now, worked to support Ukraine's security and defence. The UK has, for instance, trained over 22,000 members of the Ukrainian army through Operation ORBITAL since 2015. At the request of the Ukrainian Government, the UK was the first European country to start sending lethal aid to Ukraine, and the Defence Secretary has played a key role in convening the donation and delivery of military aid from other nations.

In his address to the Ukrainian Parliament on 3 May, the Prime Minister announced a new £300m package of military assistance to Ukraine. This follows the extensive support already committed, including armoured vehicles, thousands of anti-tank, anti-air and anti-ship missiles as well as non-lethal equipment.

The Prime Minister is in regular contact with President Zelenskyy and has repeatedly affirmed the UK's staunch support for Ukraine's position in ongoing peace talks with Russia. The extensive package of military support for Ukraine provided by the UK and allies, together with the crippling sanctions imposed on Russia in order to degrade its ability to sustain the invasion, is aimed at strengthening Zelenskyy's hand in these talks. Any outcome, of course, must be completely on Ukraine’s terms.]

The UK is also at the forefront of efforts to provide the Ukrainian people with the humanitarian support they need. The UK has now committed £220m of humanitarian assistance to save lives and protect vulnerable people inside Ukraine and in neighbouring countries. This includes over £74m to UN and Red Cross Agencies and £25m in matched funding to the Disasters Emergency Committee Appeal.

The UK is also providing an extensive package of economic support to Ukraine. In Kyiv, the Prime Minister most recently announced that UK will guarantee an additional $500m in World Bank lending to Ukraine, taking our total loan guarantee to up to $1 billion. At the request of the Ukrainian Government, he also said that the UK will liberalise all tariffs on imports from Ukraine and provide customs easements.

The images emerging from Ukraine of atrocities committed by invading Russian forces, including against innocent civilians in the towns of Irpin and Bucha, sicken me to my core. As does the despicable way in which Russia has tried to cover up their involvement in these atrocities through cynical disinformation.

The UK is crystal clear that Putin cannot commit these horrific acts with impunity and has led efforts to refer his regime's atrocities in Ukraine to the International Criminal Court (ICC), the primary institution with the mandate to investigate and prosecute war crimes. The referral by the UK and others means the ICC Prosecutor can now proceed straight to an investigation. The UK is providing funding and expertise to the ICC to support its investigation.

Members of the UN Human Rights Council are expected to "uphold the highest standards in the promotion and the protection of human rights". It is clear that Russia's actions in Ukraine fall far short of that standard. As such, it is right that the UN General Assembly voted by a two-thirds majority to suspend Russia from the UN Human Rights Council. The UK and G7 had been pushing for this outcome.

I too am concerned by reports that Putin may be considering using chemical/biological weapons in Ukraine. The Foreign Secretary and her G7 counterparts warned Russia against using these weapons in Ukraine in a joint statement on 7 April, recalling its obligations under international treaties to which it is party, making clear such an action would be unacceptable and met with severe consequences. I am assured that the UK is working urgently with its partners to verify the details of reports that chemical agents may have been used by Russian forces.

The Prime Minister has said that nothing is off the table when it comes to the UK's support for Ukraine's sovereignty and territorial integrity and indeed the desire of its people to live in peace, democracy and free from foreign bullying.

Putin must fail. I am assured that the UK Government, standing alongside our friends in Ukraine and allies around the world, using all possible means at its disposal, is urgently engaged in ensuring he does. I am following these efforts closely.