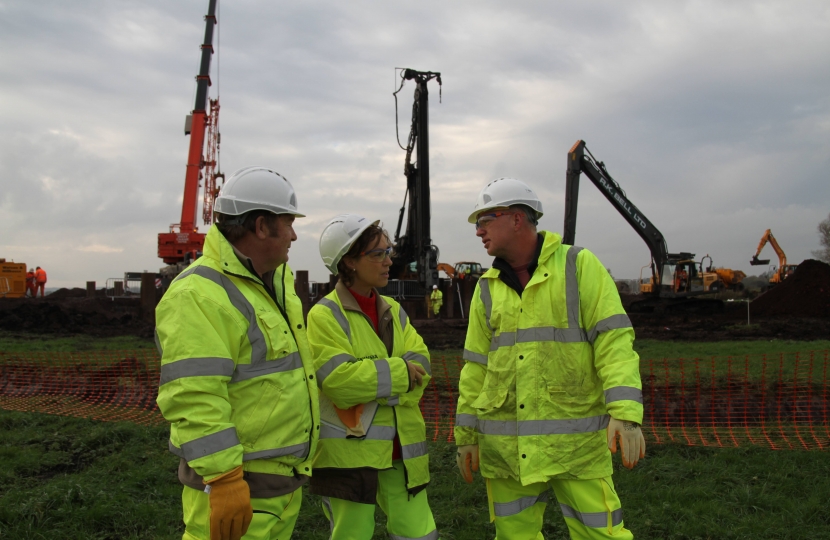 The flooding of 2013/14 was a devastating time for people living and working on the Somerset Levels, battling with the effects of a second year of flooding. The consequent 65sq kilometres of land and residential areas that were under water caused wide-spread disruption across the community.

The flooding did not just threatened peoples’ homes, but was also tough for businesses in the area, with 50% of businesses in Somerset effected, to a total cost of £118.4m. Farmers also faced losing hundreds of acres of pasture land which they had re-seeded to the tune of thousands of pounds after the previous year’s floods.

Since my election, and indeed prior to May 2015, I have been working hard to prevent these devastating events from ever happening on the same scale as they did in 2013/14. I am delighted that things have significantly moved on since then and some may be surprised to learn that Somerset and our local flood defence are now acting as a model for the rest of the country having held up so well during the recent heavy rainfall.

The ground breaking Somerset Rivers Authority (SRA) has been established to deal with flood management, protection and maintenance work not just on the Somerset Levels but across the wider catchment area too. The SRA was set up with interim funding of £2.7m for the financial year 2015/16, from the Department for Environment, Food and Rural Affairs (£1.9m); Somerset County Council (£600k), the county’s five District Councils and the Somerset Drainage Boards Consortium (£200k all together).

I recently received an update from the Secretary of State and as is so often the case, when our economy is still in a state of recovery, finding the necessary funding is the main hurdle to overcome. A proposal has been submitted to DEFRA that would give the SRA legal powers to raise income, with the preferred method of a precept being applied to all Council Tax bills. We need to find a long-term, sustainable funding solution for the SRA to help reduce the frequency, duration and severity of any future flooding.

Whilst we await the SRA becoming a statutory body, the Department for Communities and Local Government has given local authorities the ability to apply a precept of up to 1.25%, to fund the Somerset Rivers Authority.

Environment Minister Liz Truss told the Oxford Farming Conference in January 2016 she was “glad the Communities Secretary has given the Authority the power to raise a Shadow Precept from this April on the way to long-term local funding.”

I would like to reassure my constituents that I will continue to press the Government to implement a comprehensive and effective flood management strategy that is adequately funded. This issue remains high on my agenda and I remain committed to working on this both individually and through my work on the Environment, Food and Rural Affairs committee.